Brexit and Employment Law – Everything British Businesses Need to Know 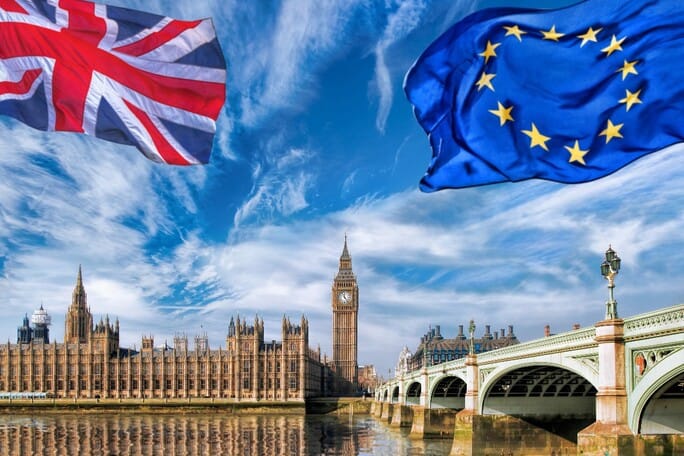 Brexit and Employment Law – Everything British Businesses Need to Know


Now that Brexit has taken place, talk has resumed on its impacts on businesses in the UK.

We all know that customs processes will be a little different and potentially prices on some goods will change.

However there has also been a great deal of speculation about British employment law and what will change now that the country has left the European Union.

Here we’ll run through how UK laws align with EU directives and what repercussions, if any, you should keep an eye out for as a British business.

What Parts of UK Employment Law Come from the European Union?

The first thing to clarify is that much of the UK law is indeed British. Therefore they won’t change at all now that the country has left the EU, although it is correct that there is now more significant potential for some legislation to change.

Most of the speculation is based on the fact that many British laws are derived from EU law, and hence, won’t those laws now change dramatically?

Our short answer is no, not in most cases!

The Transition Period ended on 31st December 2020. As at that point in time, the UK converted existing EU regulations into domestic law.

In any case, there are equivalents for much of the EU legislation already in place. For example, the EU Equality Directives were brought into UK law by the Equality Act 2010.

So, although Britain isn’t part of the EU any longer, and accordingly doesn’t have to comply with the EU rules, we already have legislation to implement the requisite provisions.

Therefore, we’d like to clarify that areas of law we’re all familiar with in terms of employment will not change unless the government decides to make any reforms, which at this stage feels unlikely.

There are some specific exceptions, such as European Works Councils, but general rights and obligations continue as they were.

How Does Brexit Affect Cross-Border Employment?

Figures from the Office for National Statistics, published in February 2020 show that there were nearly two and a half million EU nationals working in the UK. There were a further 3.37 million workers who originate from outside of Europe.

Those figures demonstrate that a fair number of employers are now concerned about whether they need to do things differently to retain those workforce team members.

The UK government has confirmed that, for now, the rights of EU citizens already working in Britain will not change. There is no requirement to dismiss staff, or implement any new contracts or pay rates as they remain entitled to work here as before Brexit.

Here is how the forthcoming reforms will work:

Should you have staff from EU countries that have not already done so, they may need support to apply to the EU Settlement Scheme before the 30th June cut off.

There are a few rules around eligibility for the scheme, in that:

People living and working in the UK don’t need to apply to the scheme if they already have indefinite leave to enter the UK, remain in the UK, hold dual citizenship, or are an Irish citizen.

Workers who have a British job but don’t live in the country do not need to apply. They are called ‘Frontier Workers’ and there is a separate permit available.

Is UK Employment Law Likely to Change in the Future?

Potentially. But given the current pandemic crisis and the last-minute nature of the departure agreement from the EU, it seems very unlikely that the government will implement any widespread reforms in the near future.

Discrimination law is the most probable area of reform. The UK already had discrimination laws far in advance of joining the EU, although this was updated when the Equality Act came into force in 2010.

There is a chance that the newly autonomous British government may introduce changes such as:

However, these are speculations and proposals, some of which were announced by The Labour Party and would not be considered were they not to win the next election.

Any changes to employment law would also take a considerable amount of time to introduce.

Theoretically, the Supreme Court has the power to overturn British laws created in line with EU directives. Such changes would still be subject to substantial debate and would be highly unlikely to be implemented any time soon.

For now, we continue as we were. With consideration given to EU citizens working in the UK who need to apply through the settlement scheme to continue doing so.

The most significant potential for change is around UK laws influenced by the European Court of Justice decisions. The Withdrawal Act 2018 allows the British court system to change rules and disregard initiatives agreed upon after 31st December 2020 – but not before.

If you are concerned about any aspect of employment law, how Brexit might impact your workforce, or what protections you can put in place for your staff, please contact The Law Firm Group.

Our Workplace Law teams are specialists in employment law and can offer professional advice about the best options to safeguard your business.