The Pros and Cons of a Pre and Postnuptial Agreement 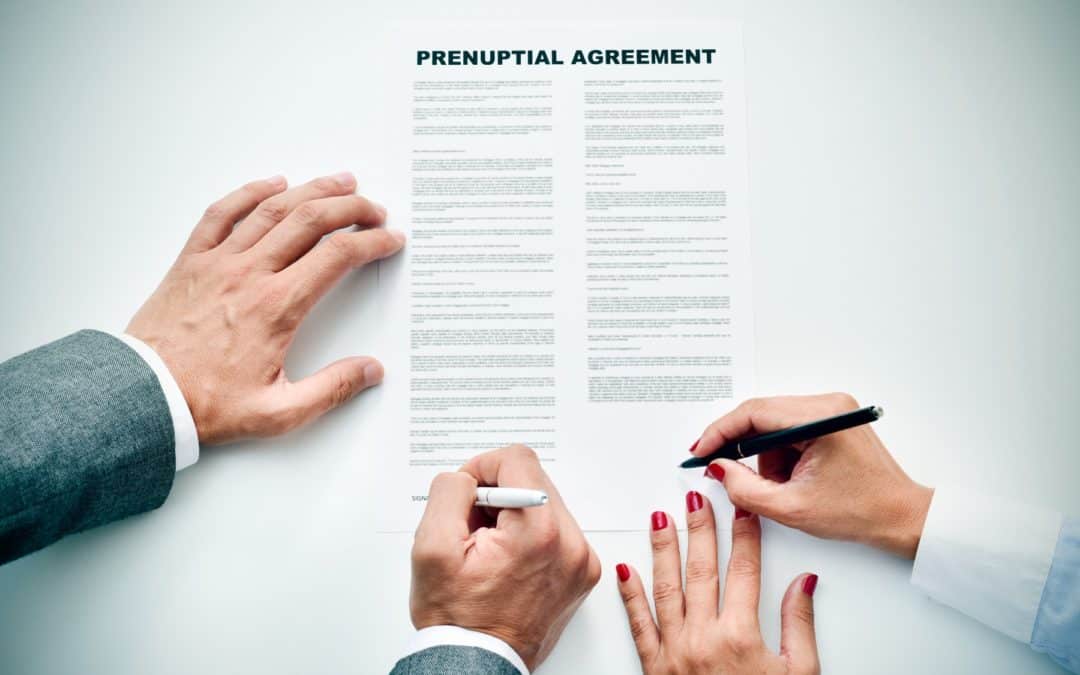 The Pros and Cons of a Pre and Postnuptial Agreement

Getting engaged and planning a wedding is a magical, emotional time and something a prospective spouse should enjoy thoroughly.

Talk of contracts and agreements can seem a bit at odds with romance, but it might be the best wedding gift you could give.

We’ll talk about the advantages and drawbacks shortly, but having a formalised agreement removes any element of certainty, ensures every partner knows what they’re bringing to the marital table, and can even avoid conflict arising in the future.

In this guide, The Law Firm Group guides you through the world of pre and postnuptial agreements, explaining some of the caveats that exist along the way.

The crux of either agreement is that it sets out which assets belong to which spouse, such as:

More and more newlyweds are focusing on their future financial security and appreciate that these legal processes are as much about protection as defending your rights to your assets should the marriage end in divorce.

The Difference Between a Prenuptial and Postnuptial Agreement

Once the remit of wealthy individuals and those with considerable net worth, anybody can set up a prenuptial or postnuptial agreement, with the assurance that they know where they stand and have full knowledge of their financial assets.

The most common reasons for a postnuptial agreement are that the couple agrees it would be beneficial but didn’t sign a prenuptial, or separated and reconciled, and acknowledge the need to remove future uncertainty.

Benefits of Having a Prenuptial Agreement

We know that prenuptial agreements may not be for every couple – but they do have several advantages:

There may also be specific reasons that a person wishes to have a prenuptial agreement.

For example, suppose they own treasured family property and have promised to pass this on to another relative. In that case, it may be important to preserve ownership of that property, reducing the potential risk that they could lose it in a divorce.

Business owners are also often advised to consider a prenuptial since it can safeguard company ownership.

You can also create a postnuptial agreement that contains specific provisions. For example, all shareholders might have to agree that shares can be transferred to a spouse before the transfer occurs.

Pitfalls of Pre and Postnuptial Agreements in the UK

The big downside is that prenuptial and postnuptial agreements aren’t legally binding in England or Wales – although that doesn’t automatically mean they won’t play a big part in divorce proceedings.

Any non-court process, such as mediation or arbitration, or an amicable separation will likely refer to the terms agreed in the pre or postnuptial agreement, provided neither party wishes to dispute this and proceed to court action.

Courts often respect the wishes set out in a prenuptial, so they will rarely disregard them altogether, but they do have the right to distribute assets between the parties any way they deem fair.

In most cases, a court will omit the terms of an agreement where they feel this does not support their overriding responsibility to meet the needs of both parties, especially where there are children involved.

That doesn’t mean a prenuptial or postnuptial won’t be decisive, but it does mean that the terms aren’t necessarily legally binding.

How Does a Prenuptial or Postnuptial Agreement Work?

As we’ve explained, a prenuptial or postnuptial agreement isn’t a binding contract but is increasingly given weight in contentious court proceedings, following a landmark case in 2000.

The court position is generally that a judge will uphold the agreement provided the parties had full awareness of the ramifications, and there aren’t any factors that may have made it unfair or unreasonable.

Therefore, if you are thinking about a prenuptial agreement, you should:

If you separate and agree to follow the terms of your prenuptial or postnuptial agreement, then this won’t ever be tested in court – in which case the provisions are very likely to be closely followed if there isn’t any dispute.

The same guidance applies to postnuptial agreements, so you need legal advice, full financial disclosure, fair terms, and evidence that there wasn’t any pressure or influence that misrepresented the rights of one individual.

Alternatives to a Prenuptial or Postnuptial Contract

If you decide that a pre or postnuptial contract isn’t for you, it’s still a good idea to work through your finances and consider how you’d like to manage any changes that might happen.

For example, if one spouse dies, you’ll want to know that your assets will contribute to caring for children from previous relationships.

A will is likely the best solution in this situation, which sets out how things like property will be divided if one partner passes away.

Please get in touch with The Law Firm Group if you wish to explore further the pros and cons of a marital or partnership agreement, and our expert family law solicitors will be happy to advise!